There was a week with six days

You know the kind

when your heart leaps out of your chest

he says hi or doesn’t

The next week had seven days

and the pillow talk

the best week ever!

No one ever said

but a five day week came-

but in to darkness

your heart skips many beats

the week with no days…

you and your lifeline, free at last

you, free of pain

your lifeline, free to love 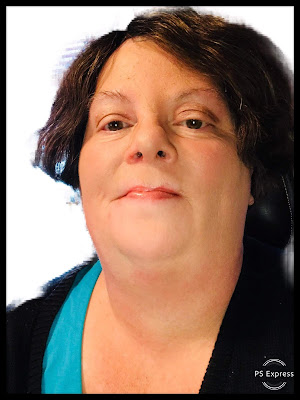 Born in Jellico, TN, Goguen began her writing career before she could even write words. “I always remember being fascinated by dialogue and plots, even before I knew what those terms meant. I used to spend a great deal of my childhood playing with my paper dolls and those homemade ones I tore out of the Sears and Roebuck’s catalog. I didn’t know at the time I was, “writing” when I would create the elaborate plots or their pretend language but as I began school and gained the skills of the written word, I found it easy to transfer my earlier stories on to paper. And that’s how I became a writer.
2016 EKDAS first recipient of the Lifetime Achievement Award

Roots of the Bluegrass semi finalist 2010, for The Dinner Club.

May I Have Your Attention Please?, published by Pioneer Drama in 2003 has been performed all over the US and Canada as well in Great Britain and Ireland. The play won the prestigious Critic’s Choice Award at the Wisconsin State Theatre Festival.

Roots of the Bluegrass 2015 runner up for, Boxes , co-written with J. Michael Radford

The Most Human published in 2018 by Brooklyn Publishers.