At some point fighting wears down our spirits.

After decades of brawls we’ll have to say, Enough!

We’ve brawled enough the last decade. Enough!
Lines in the sand threaten to bloody us more.

We can’t cross those lines without tasting blood.
How about a beer at the bar of your choice?

You can choose the beer at your favorite bar.
We’ll talk about the Lakers and the Pistons.

You don’t like the Larkers or the Pistons?
See, already we have something in common.

Common, uncommon, already we’re talking.
Sure, I’ll have Irish Whiskeys. But they’re on me!

We’ll drink Irish Whiskeys until they’re on us,
until drinking at some point lifts our spirits! 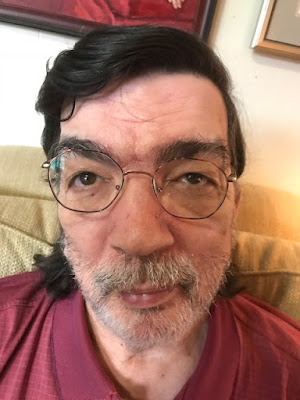 David Spicer has published poems in Santa Clara Review, Synaeresis, The Sheepshead Review, Remington Review, Steam Ticket, Third Wednesday, CircleStreet, The American Poetry Review, Ploughshares, Moria, Oyster River Pages, Gargoyle, and elsewhere. Nominated for a Best of the Net three times and a Pushcart twice, he is author of six chapbooks, the latest being Tribe of Two (Seven CirclePress). His second full-length collection, Waiting for the Needle Rain, is now available from Hekate Publishing. His website is http://www.davidspicer76.com

STRUGGLING WITH THE VASTNESS OF INNER GRACE by R.M. Engelhardt

Hate Anger  Flowing  Thru Words Veins Expelled Thru Poems Voices Somewhere There  Must  Still be Beauty  Left Look  For it R.M. Engelhardt i... 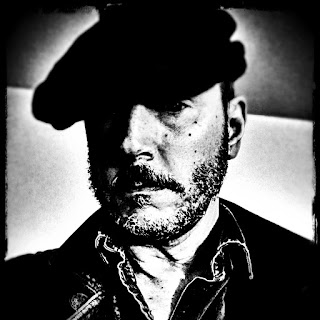