The bar I can't go back to
is on California Street
at the end of the cable car line.
Old-school dark wood,
a huge back mirror,
all the bottles lined up
like a firing squad
locked and loaded
for the sad, happy denizens
of downtown San Francisco.
It's been thirty-four years
since I stepped in between
two drunks, ordered them
to take it outside,
because I'd be damned
if they were going to fight
in my home away from home,
where we played quarters
and celebrated my graduation
from the police academy
and my father looked at me
like I was an adult for the first time.
Where we'd slip outside
to smoke joints in the red brick alley
or buy a drink
for the slim, black-haired girl
who took me home
and went completely wild,
scaring the hell out of me
in the best possible way.


I can't go back because
these are memories.
I walk down California Street,
from Polk,
but the bar, the drunks, the girl,
and the thinner man who wore my face
are gone. 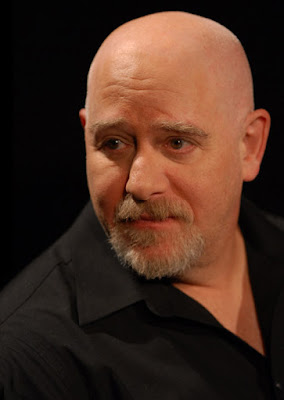 J. Barrett Wolf lives and writes in Binghamton, NY, where he has hosted monthly poetry open mikes for ten years, currently at The Bundy Museum in Binghamton.He has won numerous awards including first prize in the 1993 Stamford Festival of the Arts Poetry Contest, for his poem “Old North Field,” and First Place from the Performance Poetry Association of Long Island for his poem “Antschel.” The Broome Country Library commissioned him to create a commemorative poem for their tenth anniversary.
He produced the reading series “Here & There: Poets from Near and Far” with funding from the Broome County Arts Council and has performed venues as diverse as Colorscape Chenango, The Broome County Library, The Limestone Dust Poetry Festival in Huntsville, Alabama, Mariposa Coffee House in Washington, DC and a number of lovely little pubs on the Isle of Arran in, Scotland. Wolf has  studied at The Irish Writers center and travels annually to Scotland to workshop with poets from the British Isles.His first volume of poetry, “Stark Raving Calm,” was published in June of 2011 by Boone's Dock Press. You can find out more at:https://www.facebook.com/J-Barrett-Wolf-Poet-Wordsmith-41521019065/
- January 19, 2019