From her hospital bed, piping
with morpheme, she caresses
those triple crown days -
of dirty martinis, five olives
of deep tans on curves, as
she’d rotate along with the
sun’s reposition
and a smoke, staring seaside,
long drags, Lucky Strikes
blowing rings round the gulls
sharing skies with her.
Aunt Alice of Old East New York
before “joy” became treacherous. 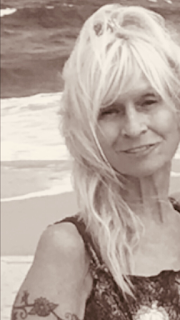 When not writing poetry, Emalisa Rose enjoys crafting and hiking. She volunteers in animal rescue, and tends to cat colonies in the neighborhood. She lives by a beach town, which provides much of the inspiration for her art  Some of her poems have appeared in Writing in a Woman's Voice, The Rye Whiskey Review, Mad Swirl and other amazing places. Her latest collection is "Connected by sparrows," published by Origami Poems Project.
- September 27, 2021 1 comment: 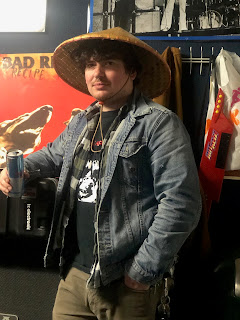 Tohm Bakelas is a social worker in a psychiatric hospital. He was born in New Jersey, resides there, and will die there. His poems have appeared in numerous journals, zines, and online publications. He has published 12 chapbooks. He runs Between Shadows Press.
- September 26, 2021 No comments:

Dream of the Van Halen Concert by C.L. Liedekev

My sister was in the dream.
She was still 20, her hair
a fortress, a hairspray halo,
fingers nicotine-stained,
face an endless nosebleed
in the parking lot. The screaming
pile of sweat and men
at her orchestra, at her love,
heavy as her boyfriend’s
forearms, heavy as double
bass through the chest,
as the rattle of beer cans
in a pick-up truck bed.
I am laying down, the same dream,
‘Panama’ echoes off metal,
off the long strings of hot dog vomit
that runs from my mouth,
the night goes cocaine numb.
In the morning, when the veil
falls, a headliner curtain,
the sound of the birds bully
my head, the wretch of attempt
coats my arms, my knees,
fucking up will always have this smell,
my stomach of cool
dry heaving Jack into chipped
blue paint. When I look,
she is there, our Shields Avenue
home a glowing background,
in her stained hands is this moment.
A time I can never grab, but she holds
it as delicately as a new baby brother. 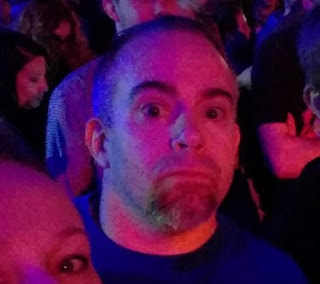 C.L. Liedekev is a writer/propagandist who lives in Conshohocken, PA with his real name, wife, and children. He attended most of his life in the Southern part of New Jersey. His work has been published in such places as Humana Obscura, Red Fez, Open Skies Quarterly, River Heron Review, Vita Brevis, amongst others. His real goal is to make the great Hoboken poet/exterminator Jack Wiler proud. So far, so good.

I Get It By Jeff Weddle

I get it. He doesn’t speak your language

and is so crude.

You’d never catch him in a Starbucks

and he didn’t even have the grace

to live in a time when Starbucks

You don’t like him because he was a man

but like himself and only himself. I get it.

Everyone must get with the program

if they are to matter,

and Bukowski threw up on the program

then set it on fire.

He wasn’t woke the way you have decreed

we must all be woke these days.

because you read a few poems

Did you get to the point

Or that he was generally sad

about the shitty world

that finally destroys all of us?

Or that, really, he generally loved humanity

but was too broken to admit it very often?

Or that the butt of most all of his stuff

It was probably too much to ask of you

to read him broadly and deeply.

Who has the time? One must get to the gym

before the popular shows

Starbucks is so good.

Someone told you he was bad.

That saved you bunches of time.

Probably they didn’t read him, either.

A poem or two, maybe. A story.

Somebody probably told that person

What was your name again?

What is it you’ve done? Not much?

in some respected journal?

Do you get it?

Yeah. Sure you do. 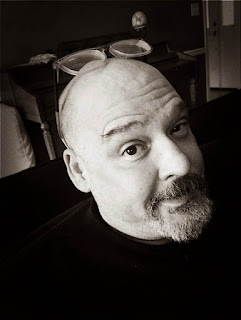 Jeff Weddle is a poet and writer living in Tuscaloosa, Alabama. He won the 2007 Welty Prize for Bohemian New Orleans: The Story of the Outsider and Loujon Press, and has also received honors for his fiction and poetry. Jeff teaches in the School of Library and Information Studies at the University of Alabama.

A Toast to the Trip by Marcelo Medone

I had met Lawrence at the bar around the corner. It was late at night and we had already had four mugs of beer. He was throwing peeled peanuts into the air and catching them with his mouth open. He was hitting one in five, so in no time there were peanuts all over our table and unto the floor. For my part, I indulged in swallowing cheese cubes and green olives.

"Do you know, Larry," I said in my best alcoholic voice, "what I've been working on for the last twelve months?"

Lawrence, who always endured my frustrated inventor delusions, smiled after scooping up a peanut and looked at me in surprise.

"I didn't know that you were wasting your time again in that mad scientist stuff. I thought you had left all that and dedicated yourself to teaching and nothing else ..."

True, after my failures to build a perpetual motion machine, a homemade plasma fusion reactor and an antigravity generator, I had stopped going to the Institute. However, nothing prevented me from working at home.

"I built a machine to travel through time. A Time Machine. I'm not kidding."

Larry started laughing like crazy. With teary eyes, he drank what was left of his beer and said to me, "I believe you anything, especially after four beers."

"I spent eight months planning it and four months putting it together. A great design. The tricky thing was building it with my teacher's salary. That's why I've worked so much overtime."

Now I had Lawrence captive to my story. I finished my beer, hugged him by the shoulders, and proceeded to my phenomenal announcement.

"That morning was the great moment. I entered the machine at 9 hours, 12 minutes and 11 seconds. I activated the inertial capacitors, turned on the solid propellant phases, and synchronized the borophene electromagnets. Nothing happened. I tried it several times. In the end, I got off at 9 hours, 29 minutes and 23 seconds: in total, I was on the machine 17 minutes and 12 seconds. Somehow, I traveled to the future. Don't I deserve a toast?"

That night we drank all the beer we could until they threw us out. 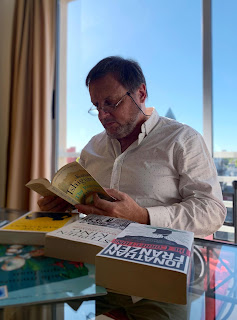 Marcelo Medone (1961, Buenos Aires, Argentina) is a fiction writer, poet and screenwriter. His works have received numerous awards and have been published in magazines and books, individually or in anthologies, in multiple languages in more than 40 countries all over the world, including the US.

He loves drinking red wine and whiskey, although he prefers a good beer when he eats pizza.

He currently lives in San Fernando, on the outskirts of Buenos Aires.

No Alcohol Sales After Midnight By Troy Schoultz

It’s where I stopped on my way home

Far from the scrutiny of overhead gas pump lights,

Broke and leaning like the shadows entering and leaving.

A girl in a black hoodie,

young enough to have run away from home

emptying her pockets of an endless supply of quarters.

I walk past the candy-colored glass pipes

to the coolers and grab that night’s sixer of tall cans.

And has one expression, it’s the kind

That says “yeah, I’ve seen it all and more.”

I knew then something had to change,

When I could no long find the romance

In the emptiness of Sunday nights

And Mondays with nowhere I needed to be. 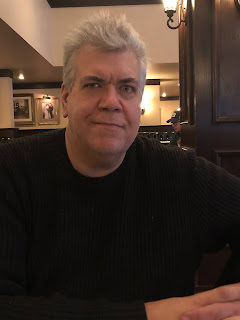 Troy Schoultz is a lifelong Wisconsin resident. His poems, stories, and reviews have appeared in Seattle Review, Rattle, Slipstream, Chiron Review, Word Riot, Fish Drum, The Great American Poetry Show, Steel Toe Review, Midwestern Gothic and many others since 1997. His interests and influences include rock and roll, vinyl LPs, found objects, the paranormal, abandoned places, folklore, old cemeteries and the number five. He is the author of two full length collections and two chapbooks
- September 22, 2021 No comments:

Pen twisting
my fingers
into knots.
Speech
from my lips
scalded,
shrivelling.
Ice under
lemon frosting
a Slim-Jim —
a toast,
raise a glass,
smash it
into
your front teeth,
or a vein.
I only wanted
somewhere
boiling
for these hands,
a hot page
to spell
your name.
In italics. 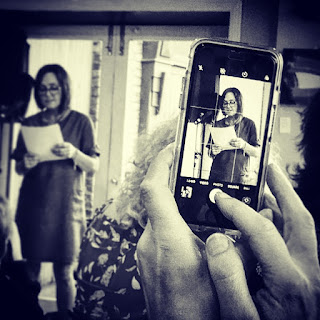 From her hospital bed, piping with morpheme, she caresses those triple crown days - of dirty martinis, five olives of deep tans on curves, a...