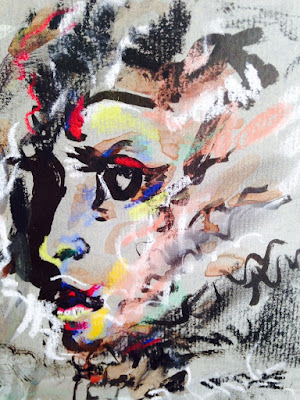 She surveys the mirror above the
Cointreau desk
Framed by tortoiseshell,
Her fiddlehead curls
And gastropod chin
Like an upside-down snifter 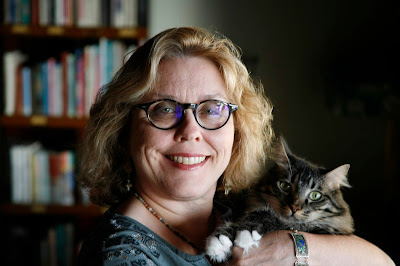 Chuka Susan Chesney is an artist and a poet. Her poems, art, and/or flash fiction have been published in Peacock Journal, Inklette, New England Review, Compose, Picaroon, and Lummox. Chesney’s paintings and collages have been in exhibitions and galleries across the United States.