A sullen amen for scattered fruits
that leer in vine-yard sands,
Sesame-Street sunshine,
tarmac treacle-like on sneaker's soles
in Daly City -
a sighed glory be
for the lost-side of Heaven
I pee-shoot my simple prayers to;
I bite before I get bitten -
therefore I am.
I raise my thumb
like veterans in closing tv sequences
from the mid 1980s when America
stopped fetishizing that war;
a car pulls in - arachnid posture,
tattooed bare-knuckled boy
that music leaves another man to sing about.
I've found a new muse,
I'll keep it sealed under lock and sun-dried lip,
this, my beautiful America, is the new curriculum 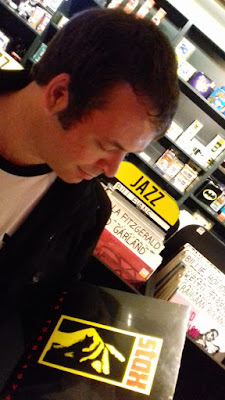 
He is based in Maynooth, County Kildare, Ireland. All he asks is that you leave your guns at the door and tie up your horses before your enter.
- April 18, 2020