Cynthia, or, A barmaid’s night (no. 55 of Women’s names sensual series) by Carrie Magness Radna

Darting glances across the restaurant,

she wanted to be consumed tonight

by any old man,

she chose the wrong one,

She had little else

besides her luck and instinct;

wiping down the bar

she wore down a smile

that could cut through smoke—

Seeing thirty in the rearview mirror,

loneliness had often choked her.

She was grateful for his

constant attention at 3 am,

but he had kissed her off

far too early in the morning;

he left without leaving

Bleary, weary for another good-night’s sleep,

now an impossibility in these

saving her heart for the highest bidder. 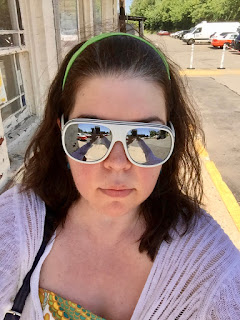