Even a Little Shit Can Make a Big Stink by A.S. Coomer

lie if you have to

but make sure it’s the whole truth

& nothing but the truth

so help you god,

or whatever doesn’t offend you

but still holds you accountable

for the selfish, shameless acts

of isolation, desperation and art

you conjure up and carry out

after a six-pack and a few hits

you can raise to gravity and its minions.

I know you’re tired, I am too.

Take it from here, there and everywhere in between.

Steal indiscriminately and make it yours.

Slap it together as best you can.

Don’t worry about where it came from

or where you think it’s going.

If you must, think of it

as the maggots in their wounds.

Them. Yes, them. The others,

The ones not capable of turning on their own lights

so they scrape up the backs of gentle giants,

passive savants and you.

The backbiters and bottom feeders,

carrion scavenging on what they could never do,

sure do love to talk and complicate

the creative sermon, the battle hymn

and they still can’t get it.

So, be the bonfire. Be the flat tire.

Be the cat howling in the night,

the creaking screen door that never would shut right.

Be the infuriating squeak in just their left shoe.

Be the damn after every god,

the crack of the whip,

the rainless clouds covering up the midday sun;

Christ, be the laughing cardboard cylinder

after the last of the toilet paper’s gone

because even a little shit

can make a big stink. 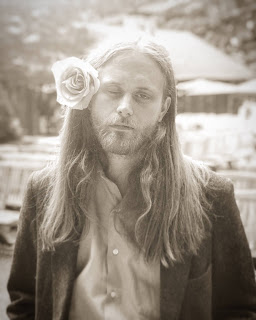 A.S. Coomer is a writer and musician. Books include Memorabilia, The Fetishists, Shining the Light, The Devil's Gospel, The Flock Unseen, and others. He runs Lost, Long Gone, Forgotten Records, a "record label" for poetry. @ascoomer www.ascoomer.com www.ascoomer.bandcamp.com