The Sad Case Of Elswood White

The bottles piled up and only served to add to the clutter.
The room stank and it was a smoke cast tomb.
Frank didn't know if he should hire a cleaning lady or a hazmat team instead.
It was Halloween he hated this time of the year.
The kids started earlier cause the world had become disgusting.
A place a fucking kid couldn't even enjoy the simple pleasures of dressing up.
And chasing candy from door to door.
The night moved as they all did.
And as the witching hour approached.
That all too familiar knock was at the door Frank had no need to question.
He simply grabbed two beers and went outside to sit upon the stoop.
With a young friend and all too familiar ghost.
"Hi Frankie how you been?"
The little boy asked as he sat down beside him.
"Well I look about as good as I feel kiddo."
Frank replied as he cracked the beer and kicked it back.
"Yeah well I believe a pile of your dog’s shit looks and probably smells better than you."
"You got the money why don't you get someone to clean that place up?"
The little boy who had been forever froze in time asked.
"Ain't you got nothing better to do on this night, like scare the living shit out of people Casper?"
He laughed then replied.
"Fuck you Frank, besides you can only haunt those that remember."
There is such great sadness in the reality of truth.
They sat there passing the hours and Frank did what he did best.
Well besides drink that is.
He cracked jokes making his young friend laugh, bringing life to a dead conversation.
"You know what I really want Frank?"
"Some hair on your balls and a couple inches on your dick?"
"No you jackass, I just wish I could."
He went silent and the pain set in as something that happened so long ago became a fresh wound once again.
There was nothing that could be said and he knew it was time to go.
Elswood was the child frozen in his existence, a kid who was shot in the chest at seven.
Long before children being were  used as target practice.
And child killings hadn’t become the constant headline in the evening news.
The night faded slowly.
And soon it was time to part.
Frank said his goodbyes.
And much like his young friends life that was ended to soon.
This nights page came to an abrupt end. 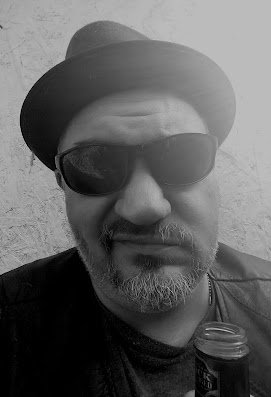