remember the old bars?
they were dark places with
dim lights
places for the ugly among us
to hide by candlelight and
drink
beer wine and spirits
back then the bartender
bought your third drink if you tipped
on the first two rounds
and told dirty jokes
if that’s what you wanted
and if not
they’d leave you alone
these English pubs lack spirit
the lights are on at full blast and
there’s never
any music
just the television blaring
inane quiz shows that are always on
give me an American bar
somewhere in the upper midwest
with a shuffleboard table
and dim lights
where beer is served
by the pitcher
and everybody knows your name
even if they won’t admit it 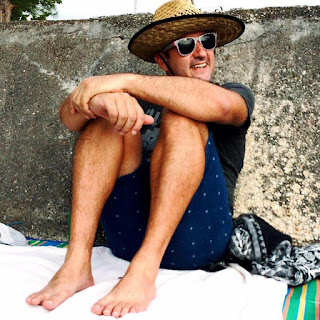 J. Archer Avary (he/him) is a former TV journalist. His poems and stories have appeared/are forthcoming in The Daily Drunk, The Remnant Archive, Burnt Breakfast Mag, The Bitchin’ Kitsch, Potato Soup Journal, The Rye Whiskey Review and elsewhere. He left the United States in 2014 and now lives on a tiny island in the English Channel. Twitter: @j_archer_avary
- November 27, 2020