A Tale of Many Cities by Sebnem E. Sanders

“It was the best of times, yet the worst of times,” to quote something similar to Dickens. This isn’t A Tale of Two Cities, but many in different continents with different seas. She believes there’s only one sea and one piece of land, broken by earthquakes, washed away with floods, conquered by military power, political games which formed them into separate countries, their borders drawn by blood, languages, and religion.

When sadness happens in a city called Hong Kong, she flies from the Kowloon side to the Island, without knowing she could fly. Naturally, she falls into the square between the Mandarin Hotel and the Hong Kong Club. Her limbs feel numb. She can’t move when she sees him walking away without looking back.

A friend comes to help. She nurtures her until she can fly again and sets her free. London is an option she takes. She settles into her nest there, trying to form roots and find nourishment. It’s a struggle, something beckons from afar. A-ha keeps singing “Take on me”, Roxette “It must have been love”. Susan Vega, her depressing song, “Luka” and the optimistic “Gypsy”. She must find that gypsy and live in eternal love. She’s still young. Still hopeful to find her soulmate.

So, she returns home, Istanbul, but it has changed like she has. Things are good for a while. Proud of herself, wings totally recovered, she flies everywhere in the world to find eternal love. North America, South America, Africa, places she hasn’t been in Europe, Asia. The hope comes with the fantasies of Ally McBeal, the mystery of the X-files. The bad news is she doesn’t find it anywhere, perhaps because it doesn’t exist?

In the end she comes to place on the Aegean coast, still hopeful. She stays put for a decade, no longer young. Disillusioned and depressed, she drinks and smokes, watching the lives of others on TV, reading their stories in books. Her wings are still intact, but she’s not sure she’ll dare to fly again. The fires she started on sea and land still burning, she has become a prisoner of her dreams. 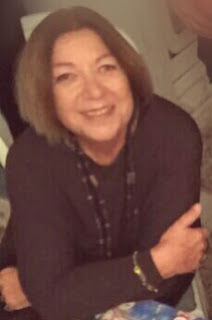 Sebnem E. Sanders is a native of Istanbul, Turkey. Currently she lives on the eastern shores of the Southern Aegean where she dreams and writes Flash Fiction and Flash Poesy, as well as longer works of fiction. Her flash stories have appeared in the Harper Collins Authonomy Blog, The Drabble, Sick Lit Magazine, Twisted Sister Lit Mag, Spelk Fiction, The Bosphorus Review of Books, Three Drops from the Cauldron, The Rye Whiskey Review, CarpeArte Journal, Yellow Mama Webzine, Punk Noir Magazine, Flash Fiction Offensive, and The Cabinet of Heed, as well as three anthologies: Paws and Claws, One Million Project, Thriller Anthology, and Appointment at 10.30. She has a completed manuscript, The Child of Heaven and two works in progress, The Child of Passion and The Lost Child.  Her collection of short and flash fiction stories, Ripples on the Pond, was published in December 2017. More information can be found at her website where she publishes some of her work:
https://sebnemsanders.wordpress.com/
Ripples on the Pond