No One Told Me by Brooks C. Mendell

After flushing, washing my hands and checking my hair in the mirror, I opened the door and stepped into the hallway. Two girls, sipping from red plastic cups and waiting for their turns, looked at me and giggled. A boy, flirting and joking with the girls, smirked under his baseball cap.

“Is something funny?” I signed to Sammy, sitting on the floor with his back against the wall. He stood up.

“You make a lot of noises in the bathroom,” answered Sammy. “You fart. You piss into the water. You say things. You’re loud.”

“How would I know that?”

“You wouldn’t,” signed Sammy. “Unless someone explained it to you.”

“Calm down,” signed Sammy. “They don’t know you. They think they’re the cool kids.”

“Why would they laugh at someone they don’t know?”

Behind Sammy, I saw the smirking boy mouth gaping words like a seal and wave his hands through the air in gibberish, mocking an entire group of people he knew nothing about, the ignorant motherfucker. The girls laughed into their cups.

I stepped past Sammy and punched the boy in the face.

Sammy grabbed my shoulder and yelled, “What are you doing?”

I read Sammy’s lips and signed, “that asshole insulted my mother.”

“How would I know that?” 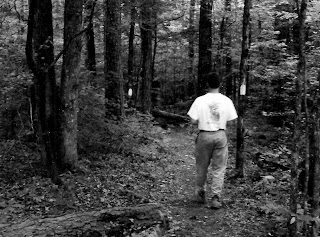 Brooks C. Mendell writes and works in forestry near Athens, Georgia. His stories have appeared in venues such as Storgy, Spank the Carp, DSF and The RavensPerch. www.brooksmendell.com