I had always been a good boy,
but, by fourteen, I was beginning to imagine
what it would never get me.
The game I wanted desperately to play
seemed to have rules you had to break
in order to win,
and I didn’t even know the rules.
The book Mother and Dad had given me
didn’t explain them,
neither did the Playboys hidden
under my mattress. But I knew
who could:
Bond, James Bond,
martini in hand. Like me, always stirred—
unlike me, never shaken.
What I needed was
Sex Ed. 007, the book
I would study harder than
the chess column in Boy’s Life,
the one that would teach me how to
make girls—no, women—
drop their panties at the sound of my name,
the one that would also tell me
what to do next.
The chess game I wanted to learn was the one
I watched Steve McQueen and Fay Dunaway play.
Someday, after all the golf and polo and flying
and dune buggy racing had bored me to
thievery, I would be the one having my way
with her, sending my man round in the Rolls
to deliver a farewell, the one leaving her
in the cemetery with a tear in her eye
as I jetted off, high above, far away. 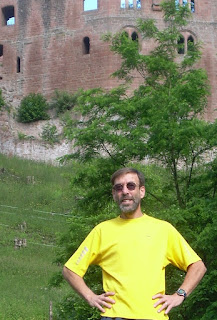