He walked into the bar, and set the room on fire. A magnet that pulled me into his dark eyes. I tried to look away, but his gaze held me captive and stripped me bare. A force I could not resist. A friend mouthed something, yet I had become deaf and blind to anything except his presence. Surrendering to the magical glow and the current that washed me to his shore, I became his satellite.
He held my hand, sat beside me, and told me stories as we sipped our drinks. Then he took me out to the alley and kissed me like I'd never been kissed before. Gasping, I pulled away to take a breath, and saw him smile for the first time. Or was it a grin, displaying sharp canines and a long, spiralling tongue that licked his lips? The tongue reached out to me, in a snake dance, and the canines bit into my neck, devouring my soul. I fell into the depths of his eyes as he sucked my dreams, hopes, self-esteem, and all of my love from me.
I did not know how long this lasted. I had lost count of time. A slave to his wishes, I trembled at his voice and did as I was told. I tried to stay afloat in the wells of despair and nothingness. I became transparent, ailed with loss of hope and dream deficiency. No one saw or paid any attention to me. Unable to take flight with my broken wings and set myself free, I made feeble attempts, flailing my arms and legs, to keep my head above the turbulent waters.
One evening, he walked into the bar again, and set the room on fire for someone else. She was beautiful, with golden hair and dark blue eyes. She was mesmerized. I tried to pull at her skirt, distract her with a story, and even pinched her to prevent her nemesis. Deaf and blind to my warnings, she ignored me. If I could reach for the fire alarm to raise havoc and get her attention, I would, but I was too frail. Crawling on the floor, I approached the door. I was now invisible to the vampire of the soul. He was occupied with a fresh heart to devour.
I knew I couldn't fly again, but maybe I could gather enough strength to walk with my head high. Build fresh hopes and dreams to rectify my shattered belief system. I stole out of the bar and took a deep breath. Perhaps, her nemesis was my exodus. 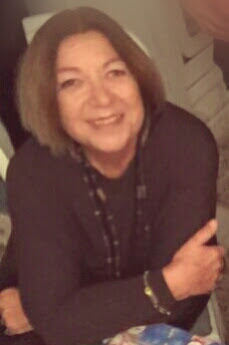 Sebnem E. Sanders is a native of Istanbul, Turkey. Currently she lives on the eastern shores of the Southern Aegean where she dreams and writes Flash Fiction and Flash Poesy, as well as longer works of fiction. Her flash stories have been published on the Harper Collins Authonomy Blog, The Drabble, Sick Lit Magazine, Twisted Sister Lit Mag, Spelk Fiction, and The Bosphorus Review. Her collection of short and flash fiction stories, Ripples on the Pond, was published in December 2017.  More information on her work can be found at her website where she publishes some of her work:
https://sebnemsanders.wordpress.com/