I can see the people that have been hurt like me.
They have a chance.

Their eyes run like broken egg yokes
down their face around a chin
too seasoned to quiver.

And I think of my friend Shane
and how young we once all were
when his older brother and his girlfriend
from out west drove us to the
Bayfield Mall.

To that sports store down in the basement level
so that I could get a 25 lbs barbell.

No way to get it home unless his brother
with a car was driving.

And the years spent shirtless
lifting that bloody thing
so that my arms are so hard now
that you could break a baseball bat over them
and lose the World Series.

Sure enough I would bruise,
but I would never break.

Which brings me back to those people
that have been hurt like me.

There is a hard guarded strength there.
And still this radiant soulfulness at the core
that has somehow survived
the carnage.

It only remains for a few.
And I can see it on these long nights
when I still take a chance.

Forget myself
and take a swing
of my own. 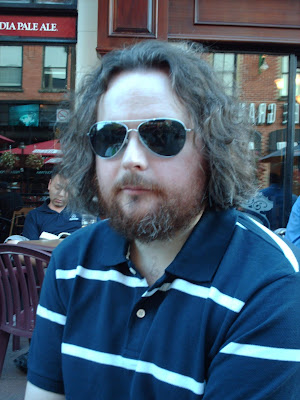