The Night I Got Out by Zvi A. Sesling

Forty of us slammed together
in the barroom

I did so he handed me a tankard
with beer

Chug-a-lug he said til you see through
the bottom 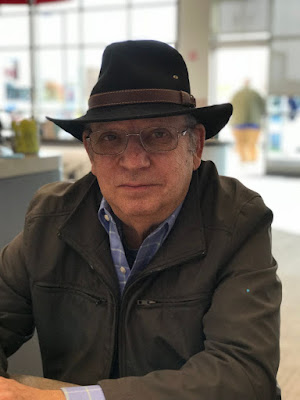 Zvi A. Sesling is the Poet Laureate of Brookline, MA. He has published numerous poems and flash fiction. He edits Muddy River Poetry Review, He is author of four poetry books, War Zones, The Lynching of Leo Frank, Fire Tongue and King of the Jungle and three poetry chapbooks Simple Game, Baseball Poems, Love Poems From Hell and Across Stones of Bad Dreams. His first book of flash fiction is due from Cervena Barva Press in early 2021.  He has been nominated for the Pushcart Prize four times and his books have been nominated for national and local awards. He lives in Chestnut Hill, MA with his wife Susan J. Dechter.
- April 29, 2020