The Debt by David Spicer


Dan paid Bill a C-note he owed for years.
He sent him a check by certified mail.

The check certified the end of a debt.
I think alcoholic Dan was making amends.

Thirty years back, Dan, Bill, Bob drank like brothers.
Bob killed his wife with a shotgun for cheating.

He cheated, but his wife didn’t own shotguns.
Bob lived in prison for years where he painted.

He painted prisoners for years, was paroled.
He drove to a bar, drank with Dan and Bill.

Bob and Dan drank too much. Bill picked up the tab.
Bill smiled at the C-note Dan owed for years. 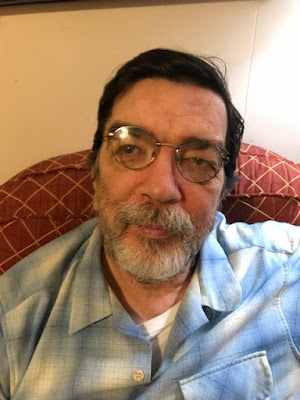 David Spicer has published poems in Santa
Clara Review, Synaeresis, The Sheepshead Review, Remington Review, Steam
Ticket, Third Wednesday, CircleStreet, The American Poetry Review,
Ploughshares, Moria, Oyster River Pages, Gargoyle, and elsewhere. Nominated
for a Best of the Net three times and a Pushcart twice, he is author of six
chapbooks, the latest being Tribe of Two (Seven CirclePress). His second
full-length collection, Waiting for the
Needle Rain, is now available from Hekate Publishing. His website is http://www.davidspicer76.com

after The Waking, a villanelle by Theodore Roethke I wake to sleep, and take my waking slow. I feel my fate in what I cannot fear.  ... 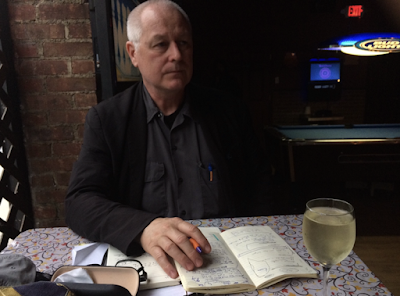