It's always the same. Wife tries to help. Husband can't believe what she's saying, says, "think!" She says, "why d'you even care?" He gives up. Grumbles. Fumbles with himself later. She grabs dinner. Makes dinner. Goes shopping. Talks shit about the husband while he's cuming behind his desk at the office. "He got fat". The girlfriend replies, "Oh you wouldn't believe what Gary did the other day!" And they all shake their heads over a salmon salad. "Men", they all say in unison. At the office, after he fumbles with himself and puts his computer away in his computer bag, the husband makes a brief appearance at the pub. Football this, cricket that. "How's the wife?" asks Gary. "The pain in my arse my doctor can't cure". 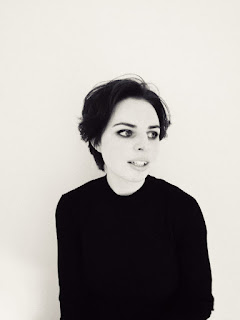 Nadja Moore is a writer based in Surrey, UK. She has a day job, a roommate, a band called Lilies in my brain and no pets. Her poems have appeared in Horror Sleaze Trash and Terror House Magazine.