Under the Periwinkle by Lauren Scharhag

by shade, by the cold

of winter months, by

the acidity or basicity

in return, it rushes in

where turf and fescue

of hush, fit for repose.

down through the old

the succulent and long-lived

Spanish Dagger, with its

we plant among the departed

semaphores to signal them back,

to show them that it can

be done. Lost or forgotten

can be found again,

the past navigable by these

firmament at our feet,

in petals and stems. 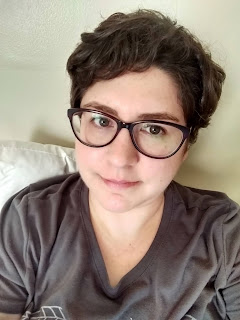 Lauren Scharhag is the author of fourteen books, including Requiem for a Robot Dog (Cajun Mutt Press) and Languages, First and Last (Cyberwit Press). Her work has appeared in over 150 literary venues around the world. Recent honors include the Seamus Burns Creative Writing Prize, three Best of the Net nominations, and acceptance into the 2021 Antarctic Poetry Exhibition. She lives in Kansas City, MO. To learn more about her work, visit: www.laurenscharhag.blogspot.com